We’re prepping for growth in 2019. We’re building relationships, looking at new ways to tell stories, and still staying true to our commitment to not just building better content, but pushing ourselves to continually raise the bar of what “better” means to Lemieux Company.

Int: Matthew Rojas. The latest director on our roster. 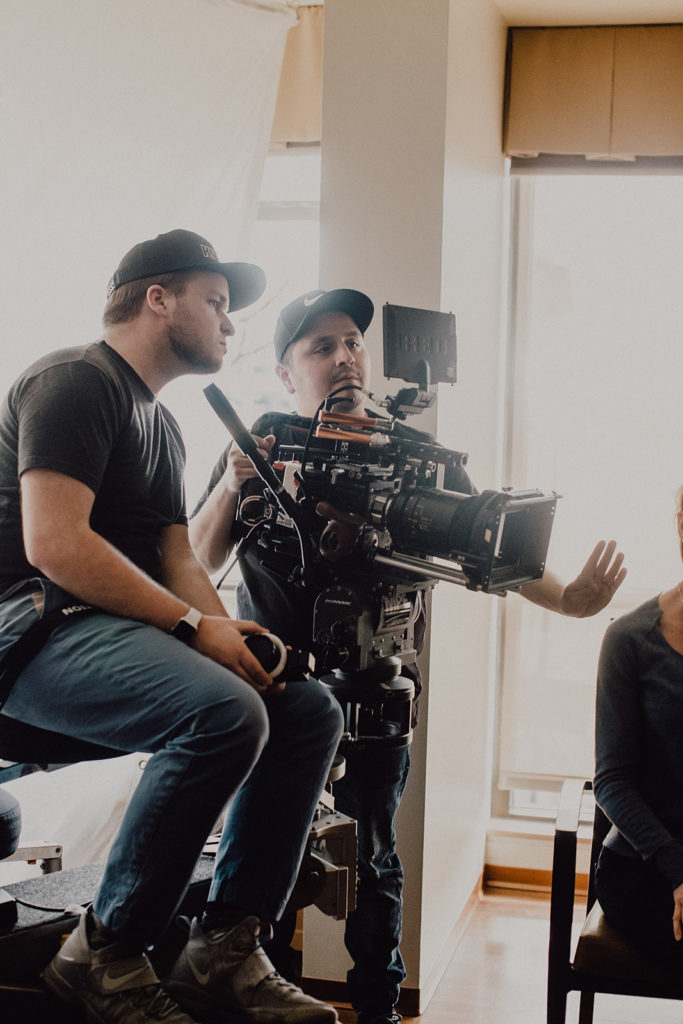 Matthew is a true master of motion and if anything at all, the purest form of storyteller.

When Bivins Pointe approached Lemieux Company about their brand film and Super Bowl commercial, I reached out to Matthew, knowing that if I wanted anyone to represent the LC brand on a project like this, it would be him.

In meeting with the client, it was clear that Becky Davis didn’t want Bivins Pointe to be represented as another “Nursing Home” or “Assisted Living.” Bivins Pointe was/is different from that. There’s a commitment to respect and service to their clientele that’s just not present in other facilities of the like. 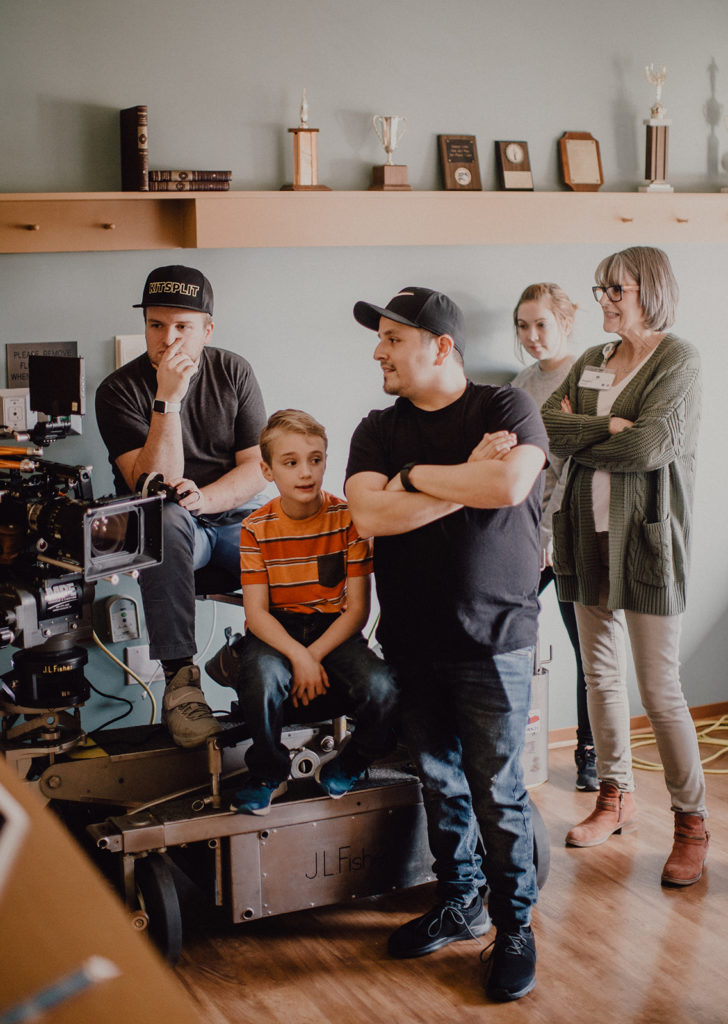 We needed a story that would bring life to their motto: “Living Up to the Greatest Standard: Yours.” And my oh my did Matthew knock it out of the park. Take a look at the :30 second version of the film and our brief Q&A with the director himself.

Q: What was your thought process in writing this piece? This is pretty unconventional when it comes to nursing home ads.

Matthew: Moving your loved ones into a nursing homes can often be perceived as a very challenging time for a family. In partnership with the client, we decided that we should flip that idea on its head and show how the transition to Bivins Pointe is not something to fear, but a meaningful and celebratory change from one stage of life to the next. By providing the audience with a positive experience, we created a piece that evokes comfort and encouragement for families making the decision to place their elders in Bivins Pointe. 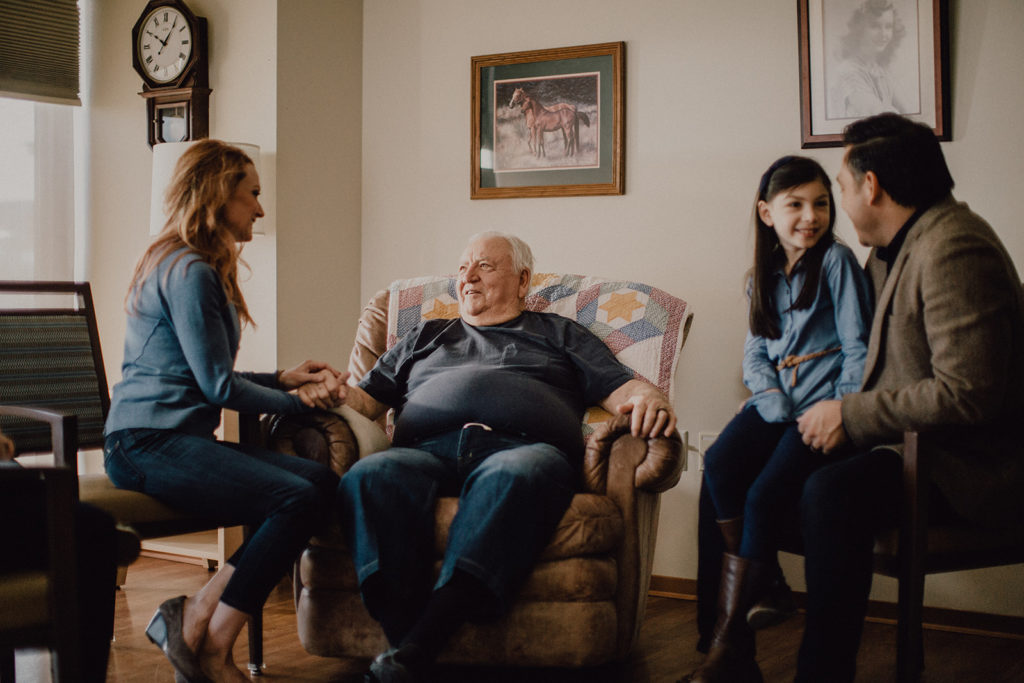 Q: What films or other visual works did you draw from for inspiration?

Matthew: The cinematography was inspired by the work of Wally Pfister (DP). As far as directors I watched a lot of Alexander Payne’s work to see how he conveys emotion, and a music video by Rian Johnson. Since this style of project was new to me, I also watched a lot of commercials and other brand films to feel out how pacing should work.

Q: There are certain pieces from the brand film that are purposefully left out of the :30 second ad. Outside of the obvious confines of time, why did we make those decisions?

Matthew: Narrowing down the piece to 30 seconds was definitely the most challenging part of the project for me. As I went through the footage, I was so incredibly pleased with the vast amount of high quality shots that Brandon Zebell and I captured. Everything I looked at I loved… What great problem to have. This also challenges you as a Director/Editor. I was deeply connected to every image and had to take a step back to remember that my job as a Director wasn’t just to create pretty images, but also tell the story. This meant that sometimes I had to cut shots that I highly favored in order to keep pacing on track.

Overall, I just kept coming back to the script and the message we had decided to tell. Every shot I chose had to keep the story moving forward. In the end, we decided the 30 second story would push viewers to get a deeper connection to the brand through the longer form piece. The two pieces compliment one another.

Q: What was the brief of this project? How did you set the guidelines for the story?

Matthew: When Bivins Pointe came to Lemieux Company they wanted to showcase their facility’s offerings in both long term care and rehabilitation. We knew that we wanted the story to be tied together by an easily recognizable object. I chose the guitar.

The restoration of the guitar mimics the restoration that is occurring in the Father. Just as something that appeared dusty, forgotten, and old was brought back to life, in the same way this mirrors the process that the Father is in.

Just because something is old, doesn’t mean that its ready to be thrown away. It can continue on and become even better than it was before. 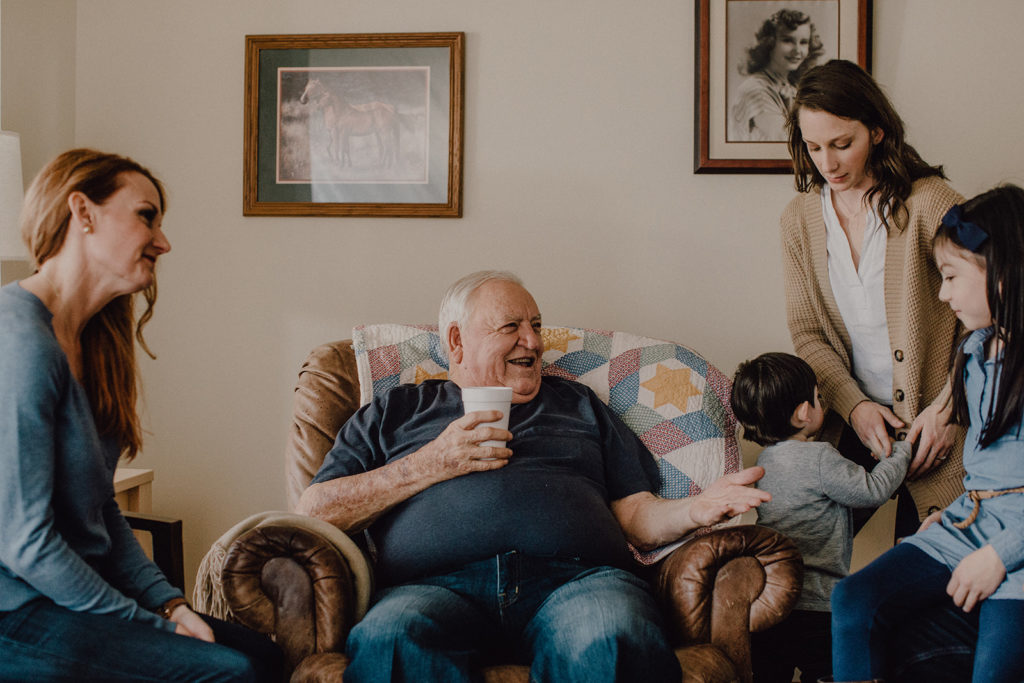 Q: We had a stellar crew on set. Can you talk about them?

Matthew: All I have to say is that if you ever get a chance to work with Wilson Lemieux, (EP/Creative Director) Brandon Zebell (DP), Juan Romero (Gaffer),  Richard Porter (Key Grip) or Bella Barnett (Art Director) take it.

Brandon Zebell (DP) worked with such excellence and delivered exactly what I asked. His dedication to the project and my vision allowed us to thrive as we partnered together to make this project a success. There’s nothing sweeter than Batman having a Robin.

Bella Barnett (Art Director) literally brought everything to life. She is seriously one of the best in the business. 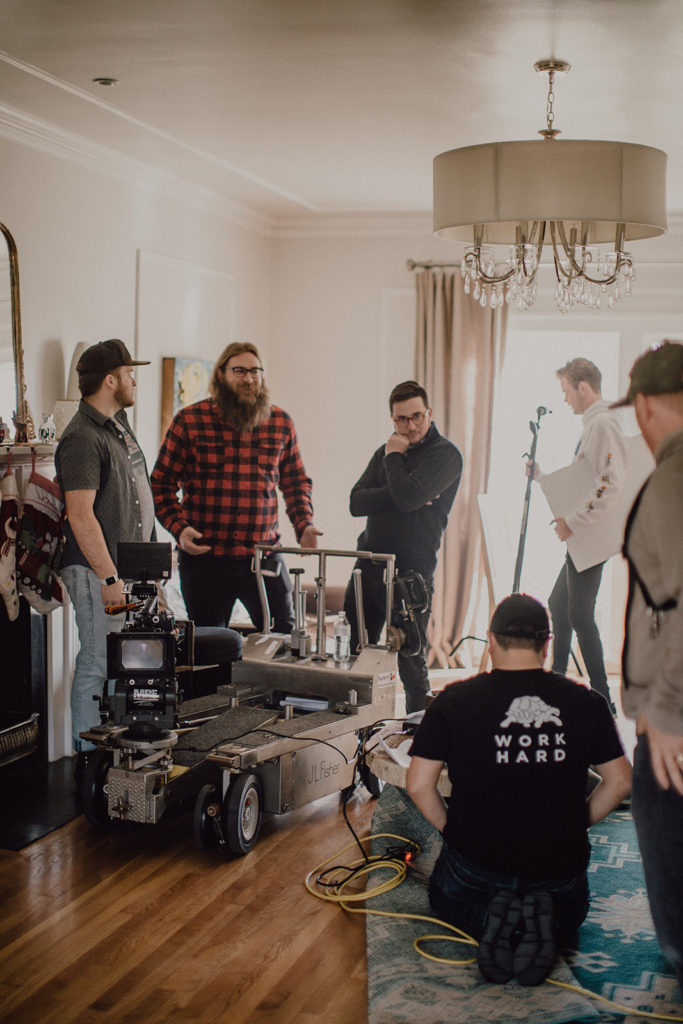 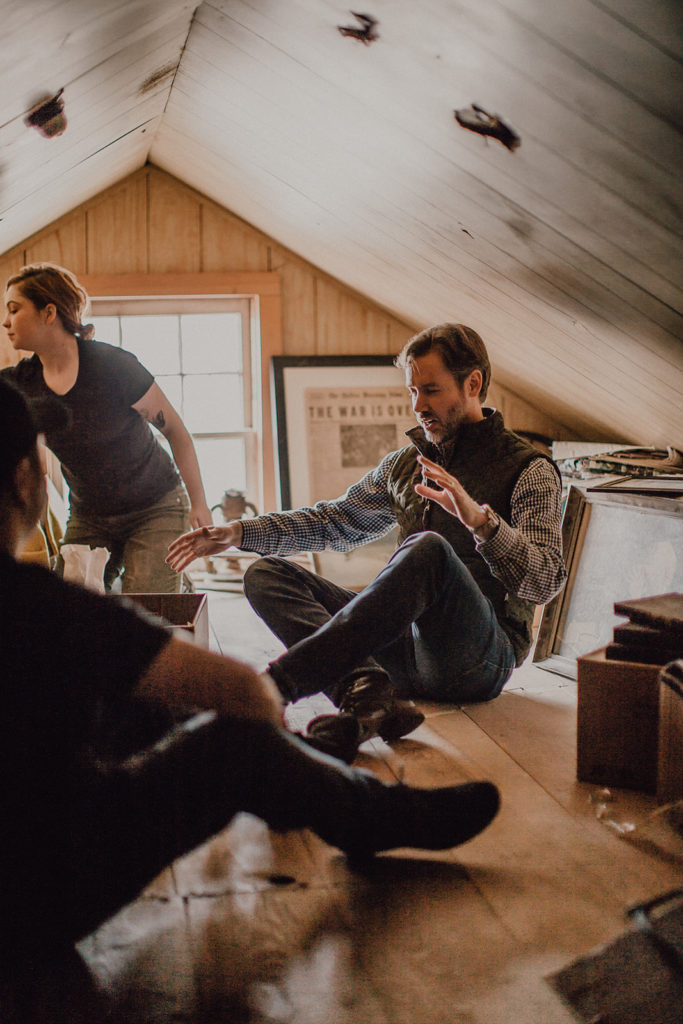 Q: If you had to say one more thing to leave the reader with about this ad, what would it be? Any final thoughts?

Whoever the client is, just be sure that you over communicate and build trust. Watch what happens and no matter what just keep making plays.

Lastly, whether you deliver the best project of your life or fail miserably. Remember, your work is not your identity. Your identity can only be found in Jesus Christ #yesandamen

Check out the full gallery from the Bivins Pointe Shoot Below: