In West Texas, one thing can be certain. Cattle is King. It drives the economy, it provides jobs to so many around this area, but most importantly; our little corner of the world is responsible for countless meals.

Quite frankly, if you’ve eaten a steak, hamburger, had some cheese, drank a glass of milk, sat on leather seats in your car… odds are that the Panhandle of Texas had something to do with it. 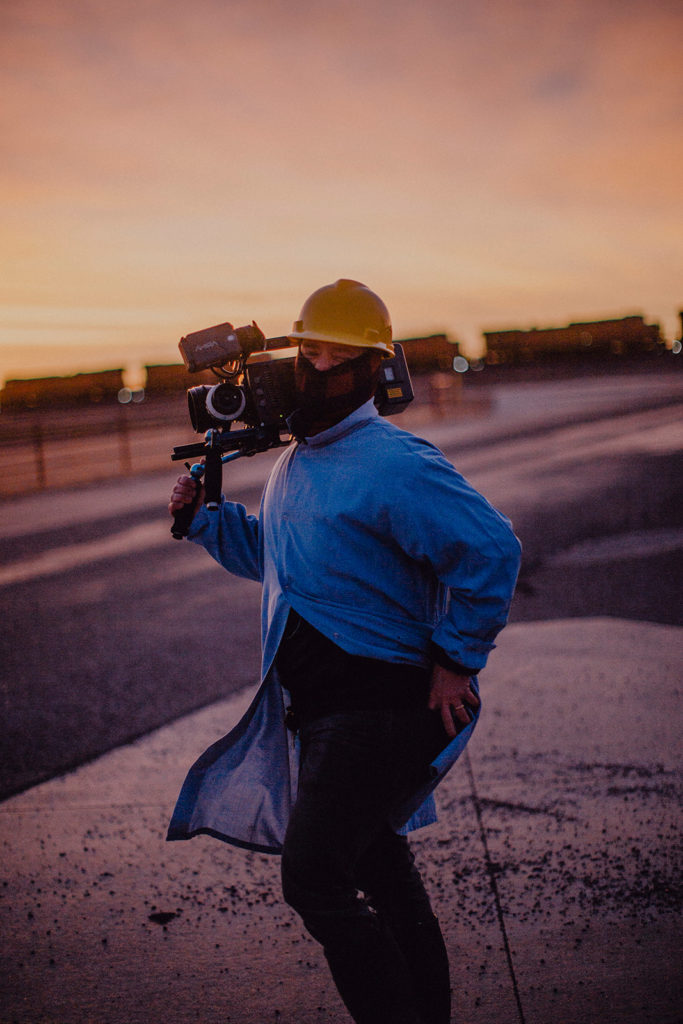 Enter our friends at Caviness Beef Packers. Last February, CBP approached us with news of a lofty goal; to roughly double their workforce over the next year and change.

The logistics, while a feat to execute, were simple enough for us to understand. We need to bring in tons of workers to enter a second shift. We need them to understand that Caviness Beef is an amazing place to work, and need to convince them that outside of obvious points of “this is a good job with good pay,” CBP is a company that cares deeply about its employees. 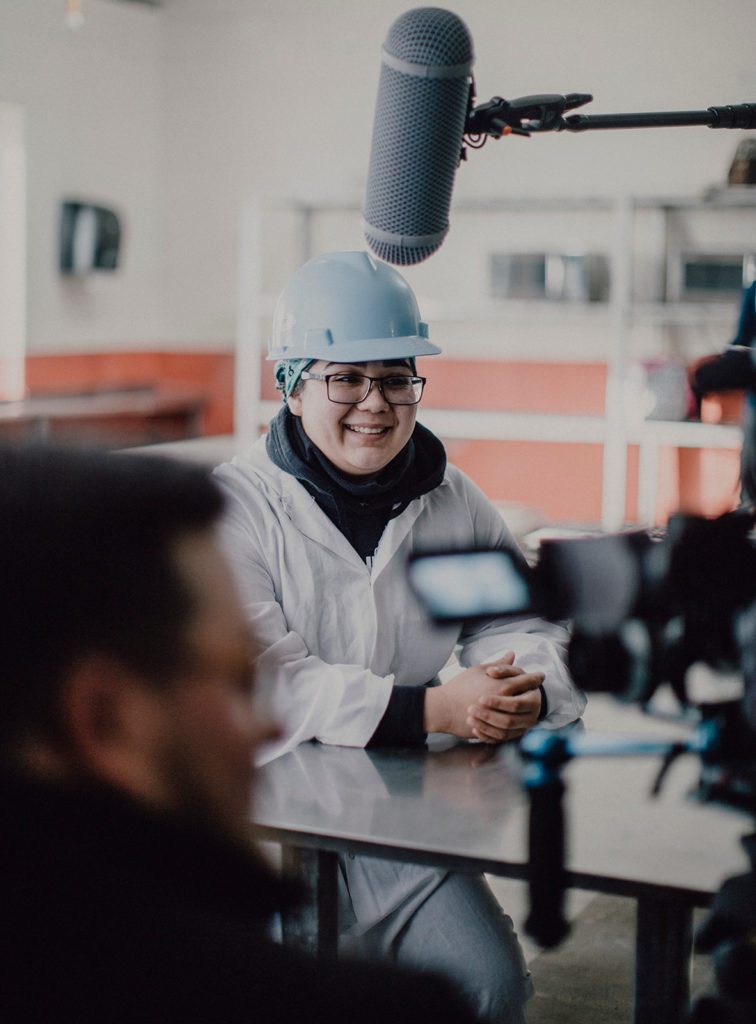 One more clear piece of the puzzle needed to be added, however. What’s the banner flag we wave to consolidate our messaging? What’s the mission that future and current employees can get behind?

“Feeding the Word.” was that piece. 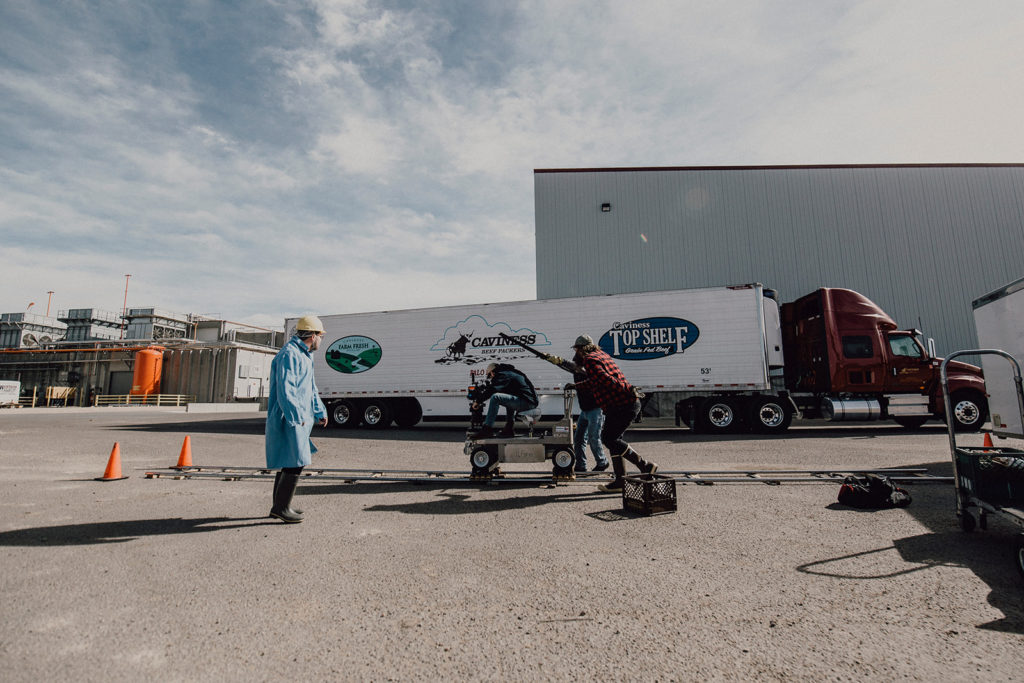 There’s a firm mission across the agricultural industry as a whole to meet the needs of an ever growing world population. The fact of the matter is, by 2050, the human population of our planet will be 9.8 billion. In order to serve that demand, Caviness has always had a consistent mission to efficiently and sustainably process beef products to feed – the – world.

That mindset informed every step of our process on the production side of this project. 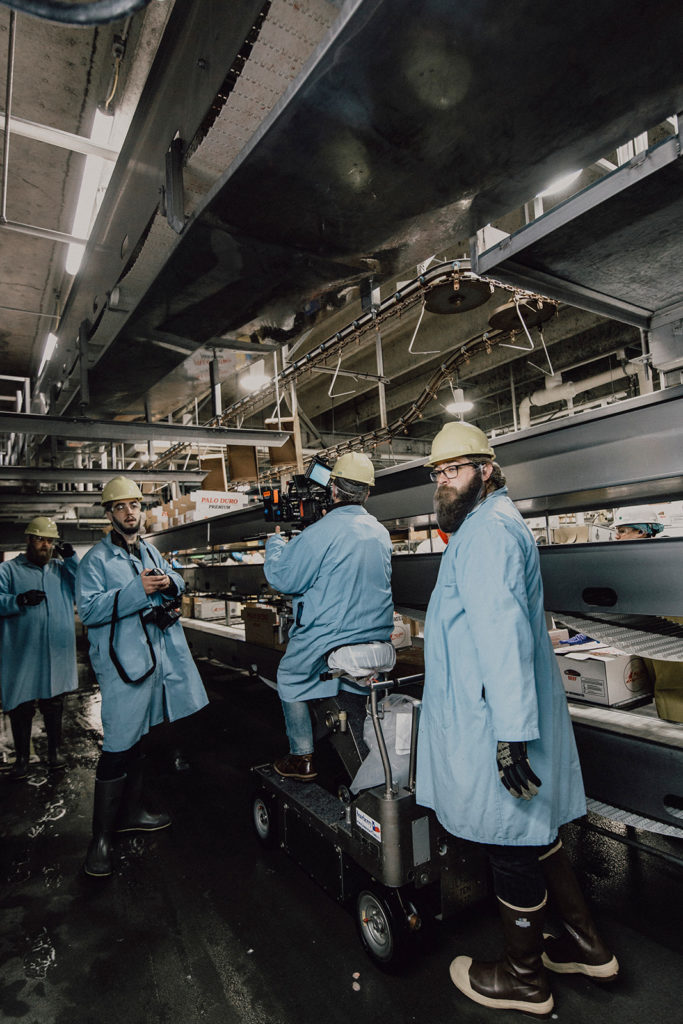 We worked with local Amarillo (and Texas Panhandle) advocate Jason Boyett to help create interview questions that would guide this story. His unique perspective and overall view of this region really helped to tap into authentic answers from the Caviness team.

Our strategy in interviewing subjects was simple. We wanted to interview as many members of this company from the top down. From the owners, to the workers on the floor, we were able to cover a wide range of perspectives when it comes to the CBP operation.

It was also important to bring in experts in economic development. Any time an approximate increase of 600 jobs comes to an area, waves will be made. We wanted to thoroughly communicate that what Caviness is doing with recruiting is no small feat. 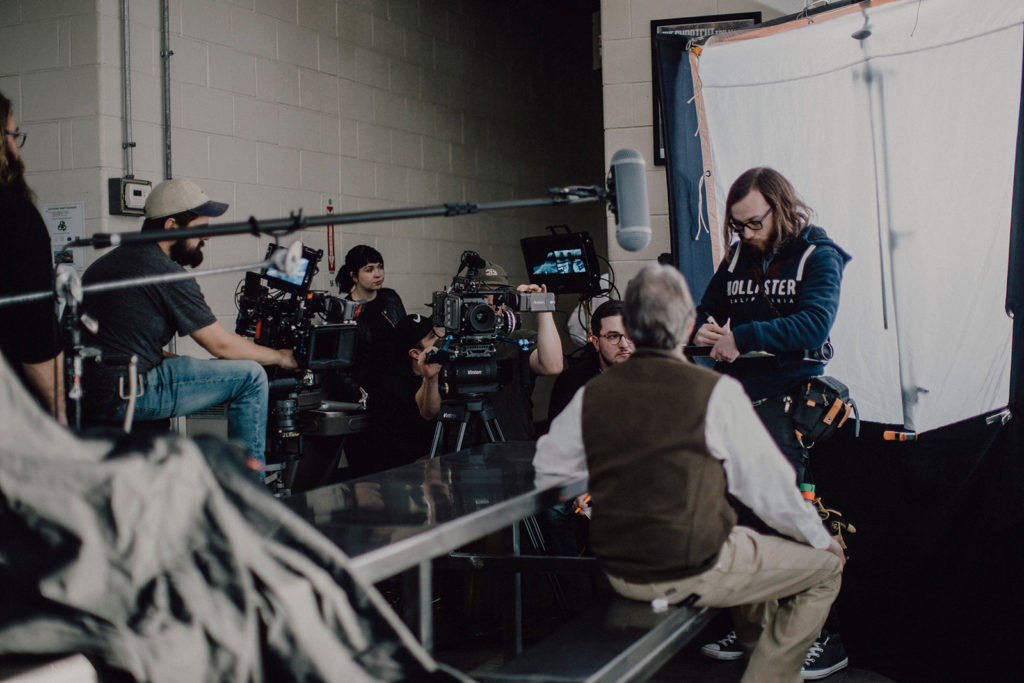 Our crew on this job was one of the best we’ve been fortunate to put together. All of us focused in on telling a story that showcased the mission Caviness has when it comes to their customer base, but also the mission they have to ensure that every employee is treated with the utmost respect.

It was important to convey this sense of “it’s time to go to work” on this project. The video need to move quickly, and we had only 1 day to gather b-roll. We used two cameras to capture various operations across the Caviness complex. Director of Photography, JP Summers was instrumental in game planning best practices with regard to capturing all footage important to executing Director Wilson Lemieux’s vision. His team of Blake Cartrite on B-cam, Jake Colletta on Steady Cam and Kyler Kuykendall as 1st assistant camera were flawless in making sure no stone was left unturned.

Our Grip and Electric team was top notch. Led by Richard Porter, we were able to accomplish so much more from a logistics standpoint because of his willingness to “do the hard thing.” Getting a Fisher 10 and 18 feet of track through a continuously operating processing pant isn’t an easy task. He and David Hammer were truly the hands and feet of this project on the capturing end.

The interviews were lit by Mike Calcote, one of the best filmmakers in our area. It truly helped to place the viewer into the thick of the conversation. The challenges with capturing audio in a busy facility won’t go without mention, either. Tanyon Allison did a great job of getting us clear takes to put into the edit.

Bella Barnett was also key in making sure all of our surrounding environments looked up to snuff. 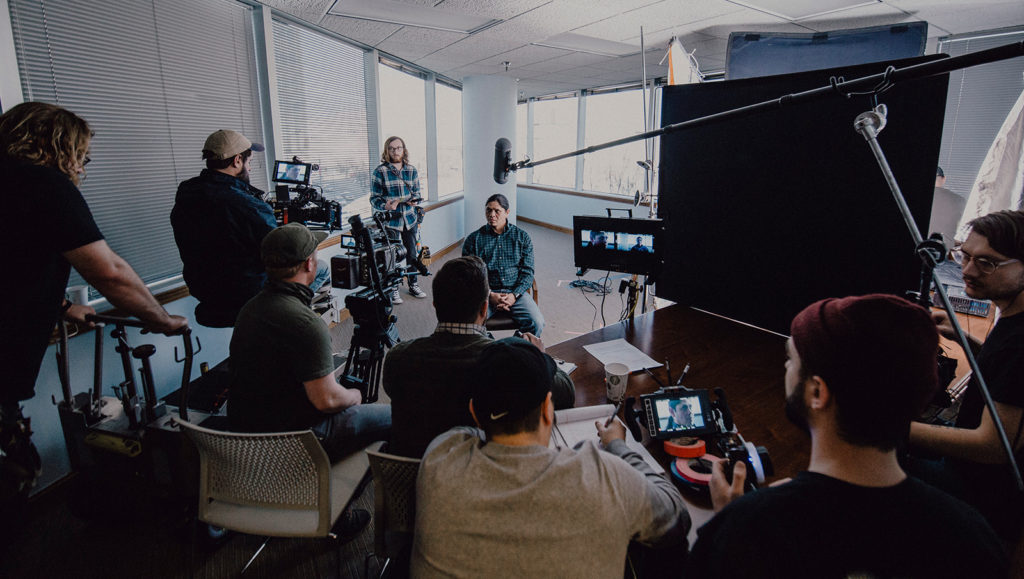 Assistant Director and Editor Matthew Rojas was instrumental in keeping the show moving. His laser focus and ability to pivot on the shoot days was vital to the success of this project. His edit helped to take the project to a completely different level. 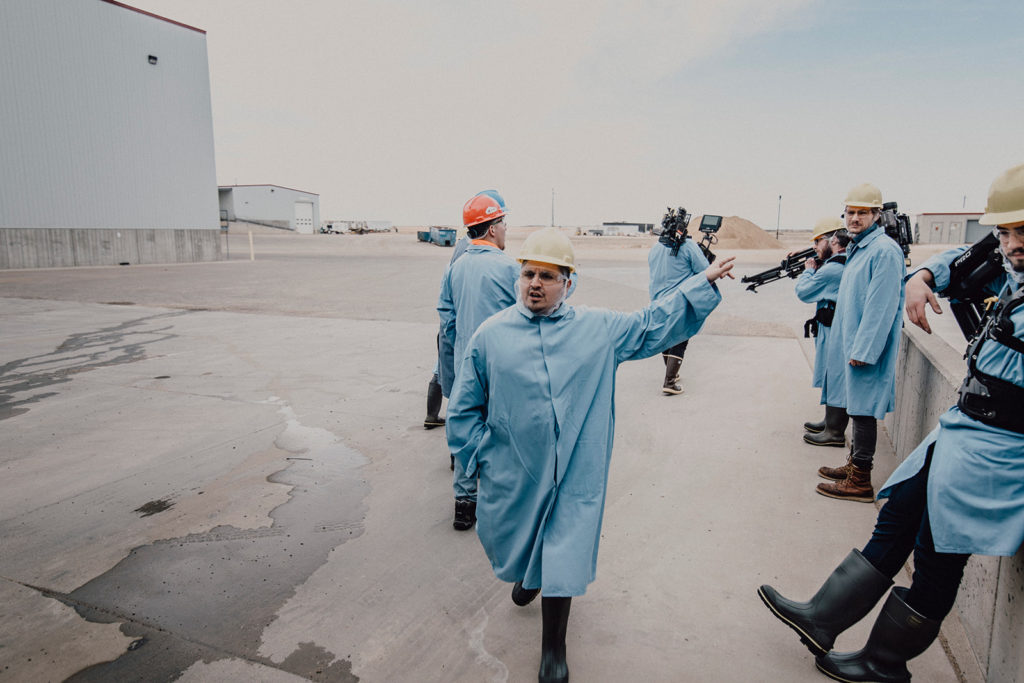 The stills were captured by Gunnar Widowski. His ability to tell stories in a single image was also important to this campaign. Outside of the single video, we provided Caviness with photos across their entire facility. Those photos can be seen across their marketing presence as well as the main production.

Special thanks to Bradford Nyght for creating the custom score. The track was intended to compound the feeling of “mission” and “vision” across this project. His keen ear also helped to create a sense of urgency throughout the film.

Editing and post was spearheaded by Matthew Rojas. Bringing Brad in to do audio mix and master along with music as well as John Carrington for color is an important reason this video looks and feels the way it does.

Take a look at all the BTS photos to get a window into our workflow. Need work? Send us a contact form. Better Content and Better Stories is what we’re here to help create. 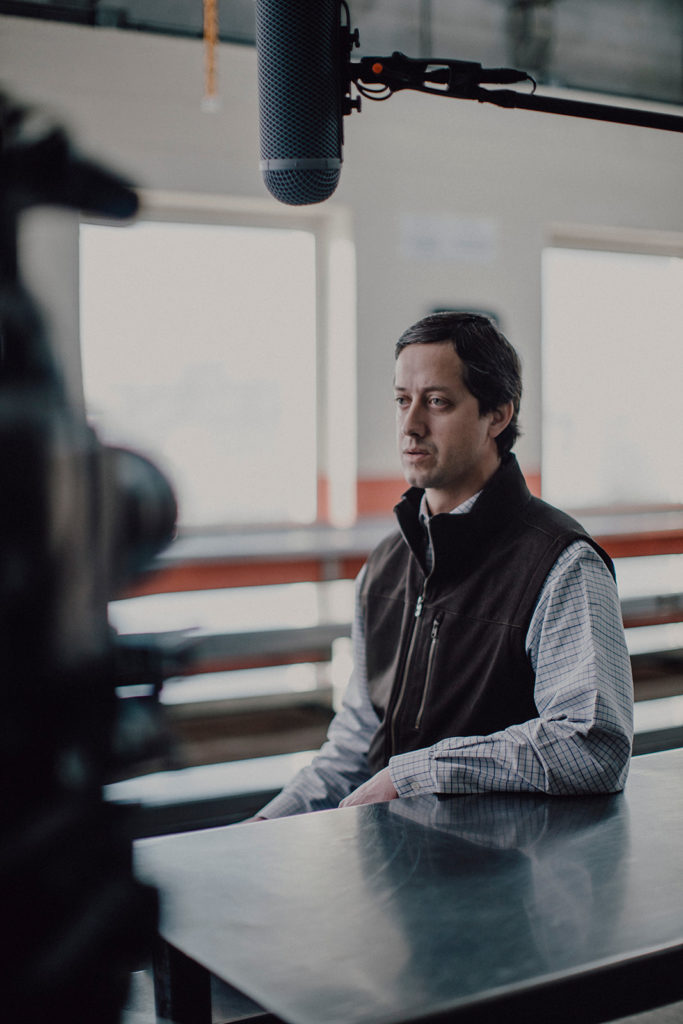 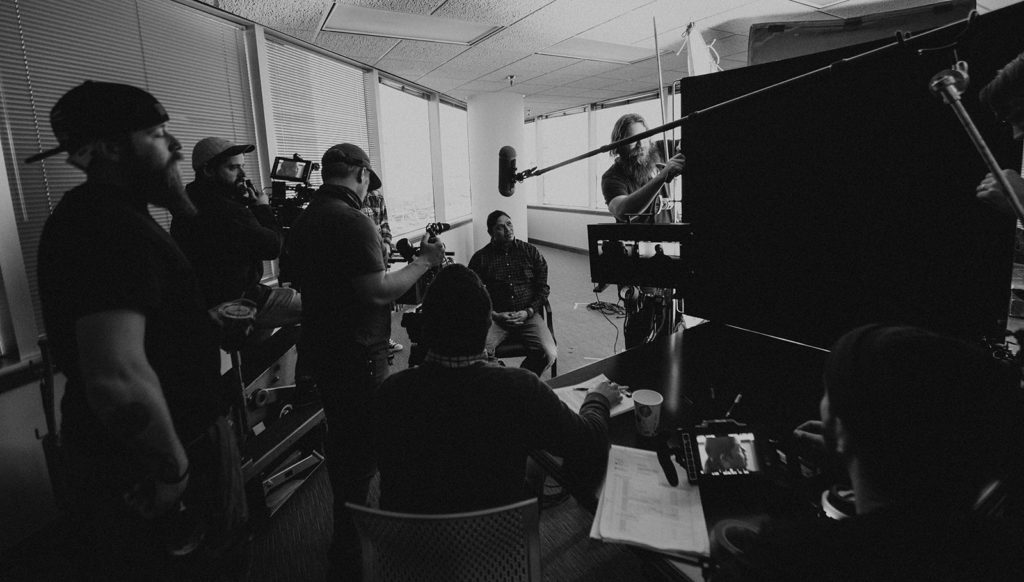 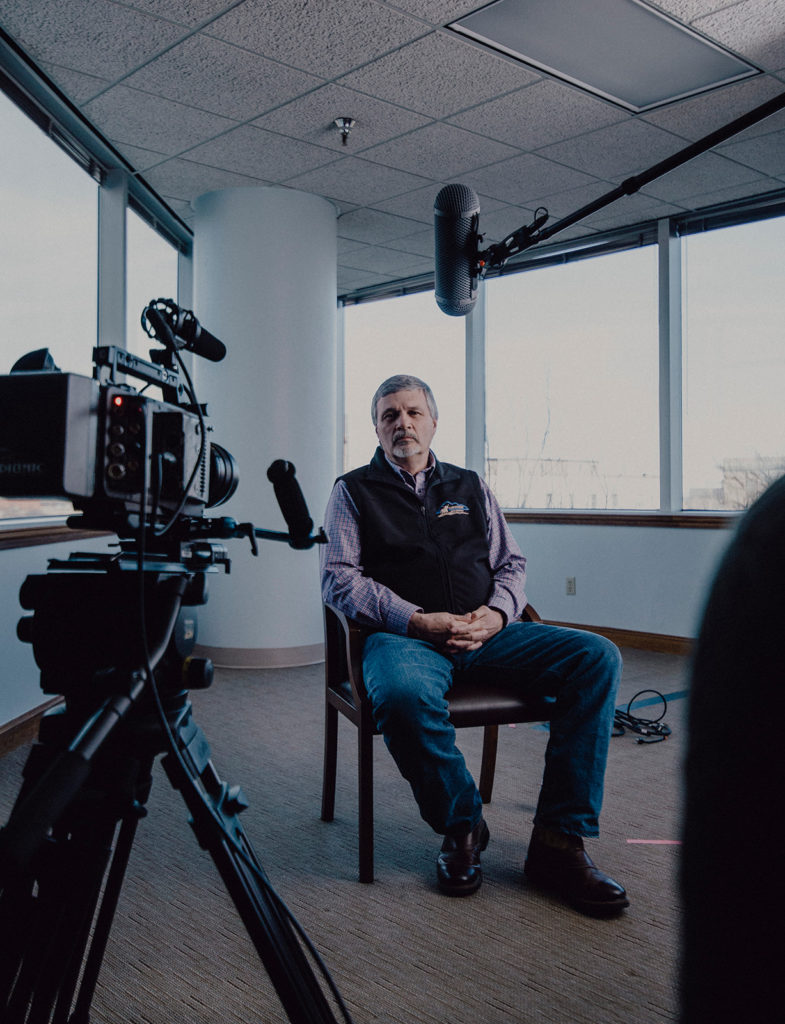 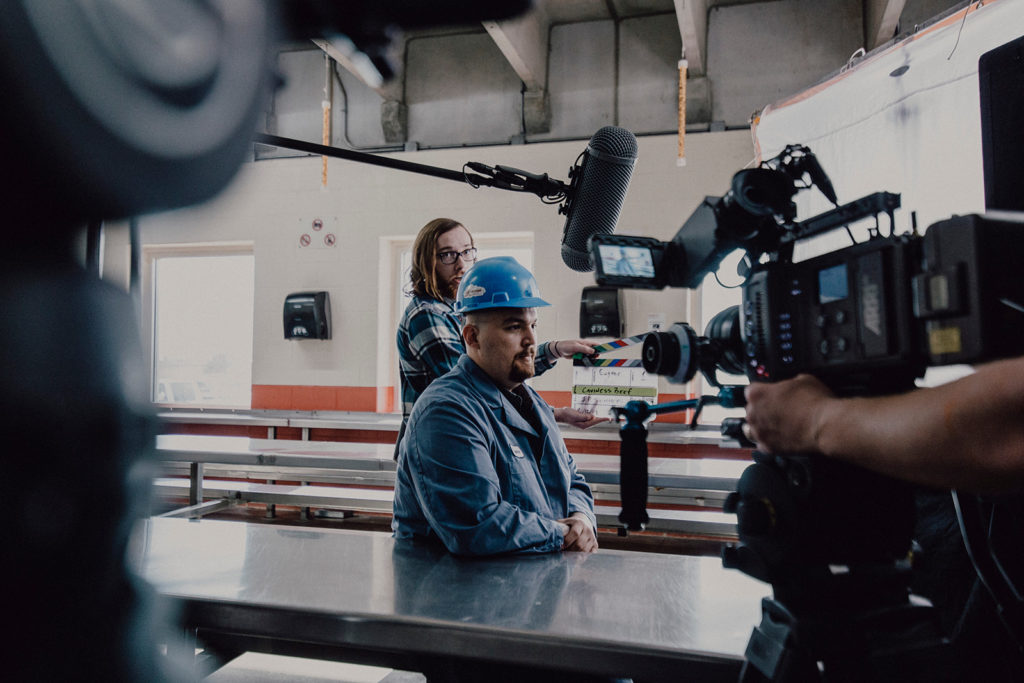 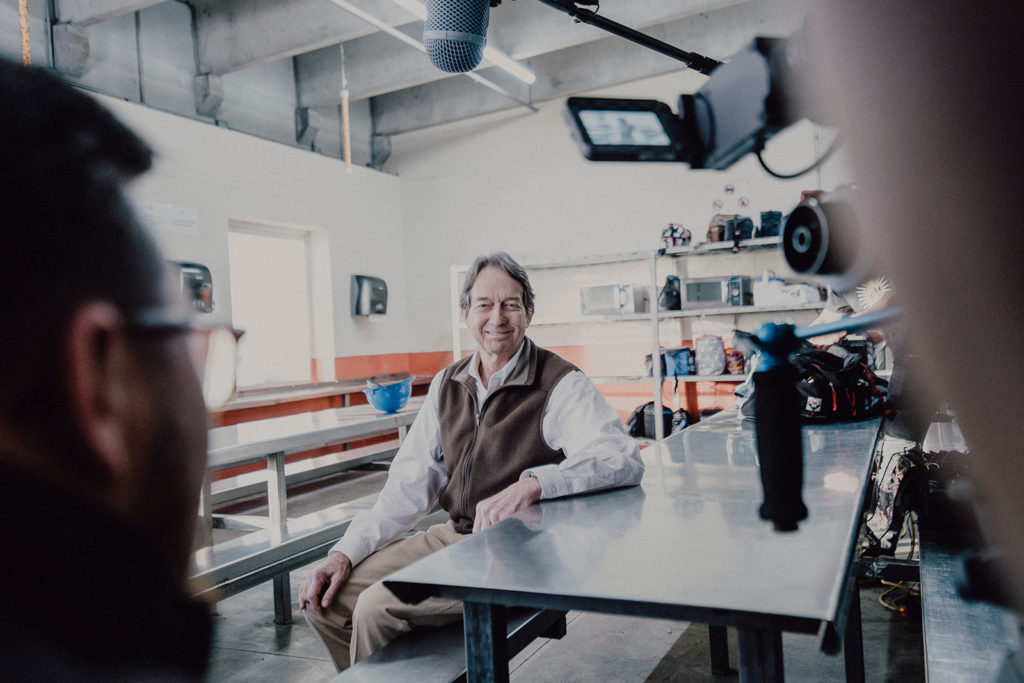 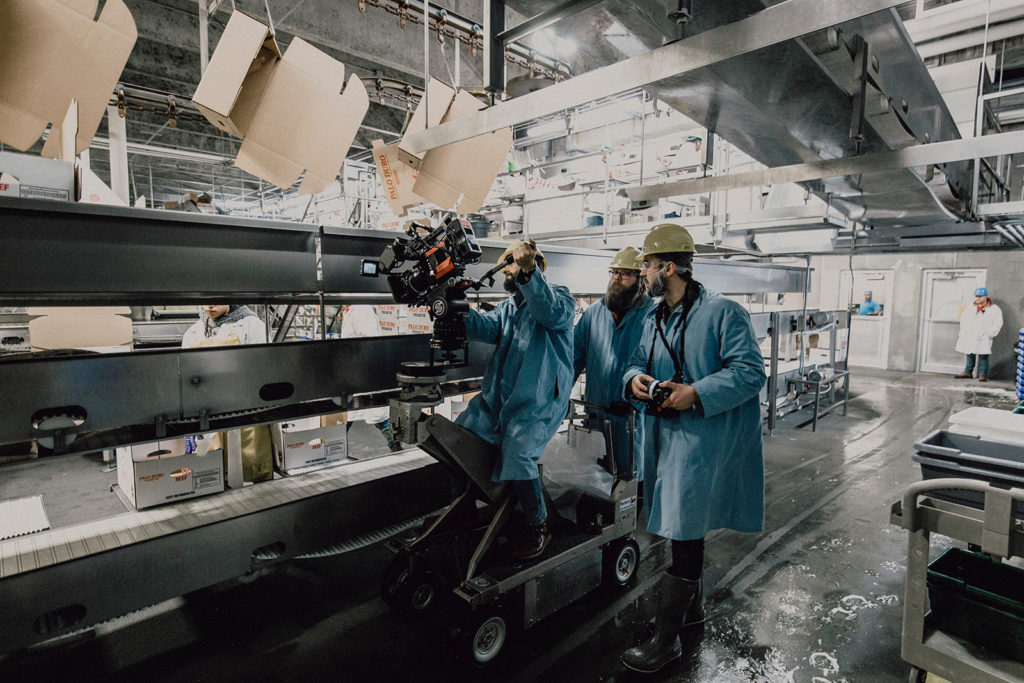 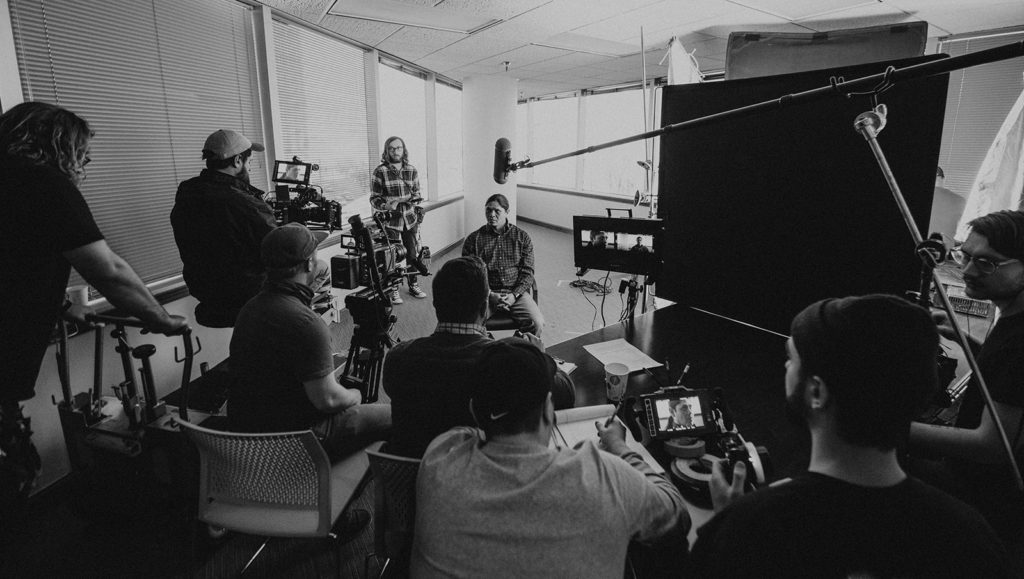 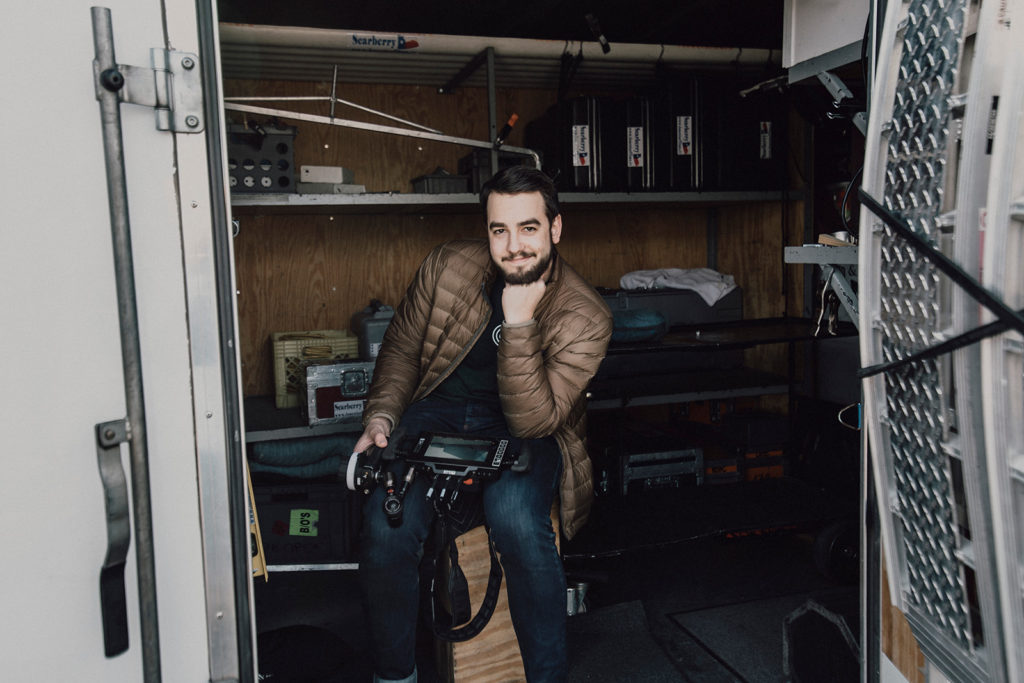 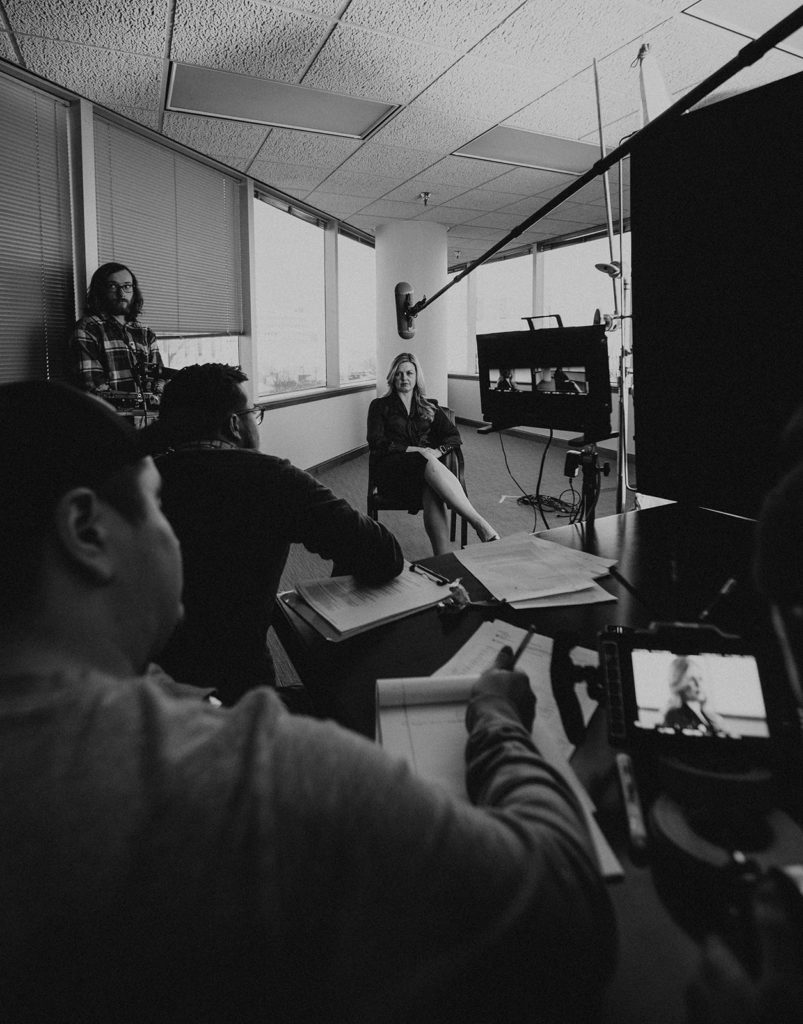